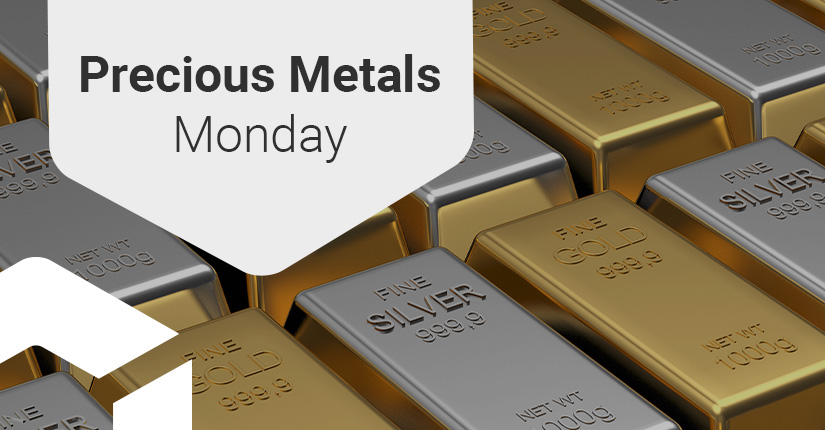 Metals Melting Down as USD Bounces Back

A disappointing start to the week for metals traders as both gold and silver come under heavy selling pressure. Both metals had been firmly higher on the back of the October US CPI report which fuelled expectations of a smaller December hike from the Fed, seeing USD unwind consequently. However, those expectations look to have grown more mixed again over recent sessions, with USD now seeing strong demand at the start of the week, weighing on metals prices.

Last week, a better-than-forecast October retail sales print diluted the argument that Fed tightening is damaging the economy. Following those figures, we then heard from Fed’s Bullard who called on the Fed to push ahead with further tightening, citing the need (in his view) for rates to hit a higher peak than currently projected, in order to bring inflation sustainably lower.

With USD trading higher again subsequently, gold and silver prices have been reversing quickly lower. Looking ahead this week, the key focus will be on the release of the November FOMC minutes. With traders looking for clear clues as to whether the Fed will push ahead with a further .75% hike in December, or soften its approach with a smaller hike, the minutes are likely to cause plenty of USD-linked volatility, impacting metals visibly.

The breakout in gold above the bearish channel from YTD highs has seen the market breaking through several key resistance levels. Price is currently stalled into a test of the 1791.63 level where selling interest has turned the market lower. With both MACD and RSI bullish, the focus remains bullish while the market holds above the 1722.37 level. A break below there, however, will open the way for a test of deeper support at the 1679.77 level.

The recent failure at the 22.3205 level has seen silver prices reversing sharply lower with the market now retesting the 20.6398 level. While this level holds as support, the outlook remains in favour of a further pish higher, continuing the breakout from October lows. However, with momentum studies failing, a break below here raises risks of a deeper drop towards 19.5643