SEC chargers SpotOption and its 2 chiefs

SEC chargers SpotOption and its 2 chiefs

According to the SEC's complaint, Spot Option - under the control of Patarkazishvili, the company's founder and former chief executive officer, and Amiran, the company's former president - defrauded retail investors worldwide through a scheme involving the sale of online binary options. Binary options are securities whose payouts are contingent on the outcome of a yes/no proposition, typically whether an underlying asset will be above or below a specified price at the time the option expires.

The SEC alleges that the defendants developed nearly all of the products and services necessary to offer and sell binary options through the internet, including a proprietary trading platform, and that they licensed these products and services to entities they called "white label partners," who directly marketed the binary options. According to the complaint, Spot Option instructed its white label partners to aggressively market the binary options as a highly profitable investment for retail investors. As alleged, investors were not told that the defendants' white label partners were the counter-parties on all investor trades, and thus profited when the investors lost money. To ensure sufficient investor losses and make the scheme profitable, Spot Option allegedly, among other tactics, instructed its partners to permit investors to withdraw only a portion of the monies the investors deposited, devised a manipulative payout structure for binary options trades, and designed its trading platform to increase the probability that investors' trades would expire worthless. According to the complaint, the defendants' deceptive business practices caused U.S. and foreign investors to lose a substantial portion of the money they deposited to their trading accounts. The defendants allegedly made millions of dollars as a result. 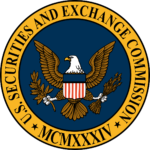