The Securities and Futures Commission (SFC) has reprimanded and fined Instinet Pacific Limited (IPL) $17.3 million after resolving concerns over IPL’s breaches of the Code of Conduct in relation to its electronic and algorithmic trading systems and alternative liquidity pool (ALP)(Notes 1 & 2).

In November 2016, the SFC and IPL jointly engaged independent reviewers to review IPL’s electronic and algorithmic trading systems and ALP.  The review findings revealed that IPL failed to ensure:

In reaching the resolution, the SFC took into account all relevant circumstances, including that IPL: 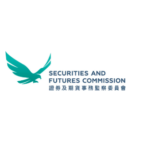 FCA warns against Clearvest Clearvest is not authorised or registered by the FCA. Based upon information…