Global Central Banks may Underestimate Inflation. Here is why

Deutsche Bank, one of the first major global investment banks, recently stated in its report that the global economy will face a recession next year. Some time later, bank analysts came up with an even more depressing forecast, which says that markets may underestimate its scale, as the strong increase in inflation expectations will force central banks to tighten policy more aggressively, i.e., will be a factor exacerbating the magnitude of recession.How many rate hikes will it take to bring inflation back under control and what is the likelihood that monetary policy tightening will still go according to the scenario that the market is now pricing in, i.e., Fed rate peaking at 3% in 2023? It mainly depends on the evolution of structural inflation forces. Barring structural shifts, it is more reasonable now to view inflation as transitory, and whatever the temptation to suppress it by hiking interest rate, sacrificing long-term goals for the sake of short-term ones is definitely not in the best interests of the Fed. If not, it needs to get serious about the tightening cycle. There is reason for concern, since even before the pandemic, structural shifts in the inflation trend began to occur: de-globalization, demographic changes in China, the United States and other countries, decarbonization (more expensive energy, i.e., higher cost-push inflation), aggregators of services and internet marketplaces coming under increased scrutiny. So, for example, the share of the working population in China, which, thanks to “hyper-globalization”, provided the West with cheap labor, thus reducing the bargaining power of workers in the West (which limited wage growth and, accordingly, inflation), reached a turning point back in 2015:The share of working population is negatively correlated with inflation. A striking example is the boom in the birth rate in the 60s (the so-called baby boomers), which led to an acceleration of inflation in the United States in 1955-1975. Then, when those born in that period began to look for work, the sharp influx of the working population changed the trend in inflation:The connection may be that the larger the workforce, the less their bargaining power, which means that wages, which simultaneously determine the costs of firms and the size of consumer demand, will grow more slowly.Trump’s trade war with China has shown that the United States no longer perceives China as a cheap production site, but as the main rival for leadership in several key sectors of the economy of the future. Among them is the production of lithium-ion batteries, a key element of the future green economy. Now China controls entire supply chains in this industry, and this situation definitely does not suit the States. Reducing dependence for the US may be long and expensive, but it will be even more expensive in case efforts are doubled-down.Green initiatives, which have been rapidly gaining momentum in recent years, received another powerful boost after the outbreak of the conflict in Ukraine. The goal is to reduce dependence on fossil fuels, in the market of which Russia is a major player. It seems that by reducing the share of oil, gas, coal, the impact of costs (fuel) on inflation will also decrease, but at the first stages, one inflation will simply be replaced by another, caused by rising prices for copper, nickel, aluminum, lithium, graphite and other minerals. The rise in prices for them already exceeds 200%, and even reaches 1000%, such as the price of lithium. Since these minerals are widely used in production, it is obvious that it will not work to localize inflation. IMF economists calculated in a recent report that metal prices will not only reach record levels, but will remain at them for decades, during which the shift towards green energy sources will take place.Anyway, higher persistent inflation is one of the major threats that central bank policymakers may underestimate and resist to accept. It’s important to bear in mind that when central banks are “behind the curve”, i.e., hike interest rates slower than needed, assets that offer inflation protection tend to outperform. 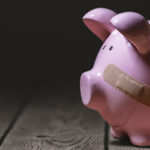 The ECB has finally taken the lead. The minutes of the ECB meeting released yesterday showed that the influence of hawks in the Governing Council 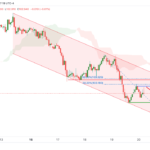 Type: Bearish ContinuationKey Levels:Resistance: 103.295Pivot: 103.125Support: 102.965Preferred Case:With price moving below the ichimoku cloud, we have a bearish bias that price will drop to our

Type: Bearish ReversalKey Levels:Resistance: 128.86Pivot: 128.088Support: 127.162Preferred Case:On the H4, with price moving below the Ichimoku cloud, we have a bearish bias that prices will

Type: Bullish BounceKey Levels:Resistance: 1.25452Pivot: 1.23939Support: 1.23312Preferred Case:On the H4, with prices moving above the Ichimoku indicator, we have a bullish bias that price will 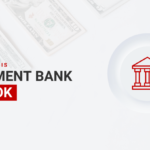 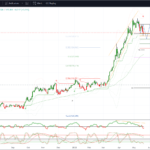